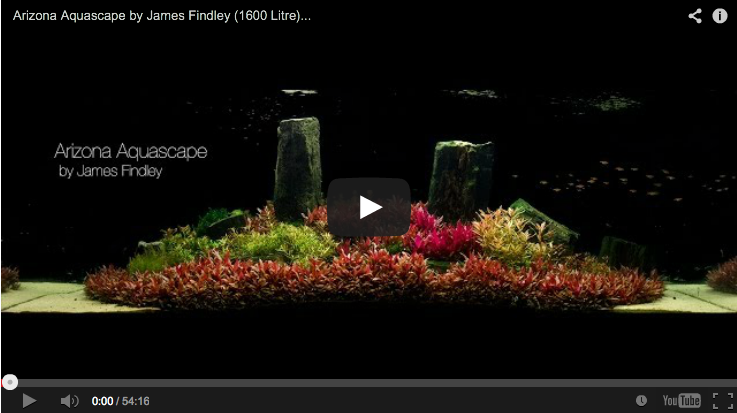 Aquascaping is reaching new heights with master aquascapers like James Findley. In my opinion, James is one of the most innovative aquascapers we have today. He is experimenting and pushing boundaries and, in the process, taking aquascaping to the next level. I wanted to share with you this new, beautifully produced video by James that details the making of one … END_OF_DOCUMENT_TOKEN_TO_BE_REPLACED

If aquascapers can be rock stars, Oliver Knott would be one. He’s a professional aquascaper and sports a mohawk. He oozes cool. In conjunction with the Dennerle guys, he gave a demonstration at Interzoo 2012. Please take a look at the tools he uses including the plants in the plastic container. We here, in the US, are so far behind … END_OF_DOCUMENT_TOKEN_TO_BE_REPLACED

“It’s Been a While” refers not only to the fact that, at least I, haven’t seen anything from Jason Baliban in a while, but it also refers to a series of hardscape video’s he just released. If you don’t know Jason, his is an accomplished aquascaper and documents his hobby at his site, Project Aquarium. This is another aquascaping master … END_OF_DOCUMENT_TOKEN_TO_BE_REPLACED

I love it when I get to see true masters at work. James Findley and the Green Machine have been carving new ground in creating visually stunning videos that teach the art of aquascaping. In this extremely informative video, James walks us through the creation of a huge aquascape. He entitled it “Reciprocity” because of its diagonally mirroring sides. It … END_OF_DOCUMENT_TOKEN_TO_BE_REPLACED

I think ADA really raised the bar with this video series on how Takashi Amano and ADA put together the world’s largest Nature Aquarium for the world’s tallest building, the Tokyo Sky Tree Town. There’s a lot to learn from this 20+ minute video.  I’ll be putting the series up as they come out. Enjoy!

There are aquascapers and then there are AQUASCAPERS. Check out Felipe Oliveira whip out the power tools!

Aquascape TV interview with George Farmer. I really like what they are doing with UKAPS. We need more of that in the US. Enjoy!

There are many aquascapers but there are few aquascapers that influence the planted aquarium hobby on a global scale. This is my humble attempt to honor their work by curating an up-to-date list for all to see. So, here it is. The definitive list of the 10 most influential aquascapers in the world. 1. Takashi Amano – Japan This is … END_OF_DOCUMENT_TOKEN_TO_BE_REPLACED

One of the challenges we face in growing the planted aquarium hobby is maintenance. It’s hard work to keep aquascapes in shape. Let’s face it, most of the aquascapes we drool over are snapshots in time. They don’t look that way all the time. In one of my podcasts, I had a great discussion with Mike Senske about this and … END_OF_DOCUMENT_TOKEN_TO_BE_REPLACED

You should get to know George Farmer. He's really one of the good guys.  Oh, and he's one of the most talented aquascapers I know.